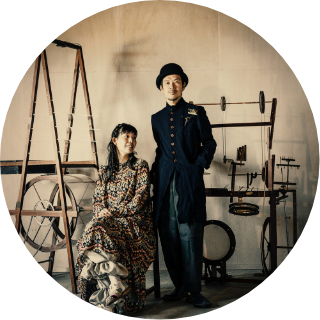 At the last year's "Yanbaru Art Festival," I presented the work "Kiseki no Deigo (Deigo's Miracle)," produced by soliciting stories with the subject of "Okinawa" from local children, and "The Beat of the Soul of Tonbi," a performance based on the history of illegal dumping of industrial waste during the high-growth era in Toyoshima, a remote island in the Seto Inland Sea, commonly known as the Toyoshima incident.
In addition, I will summarize what I felt about the live performances during the nationwide trek to Yambaru. This final point concludes the national tour (Hokkaido-Okinawa) that has been in the process since September 2021.