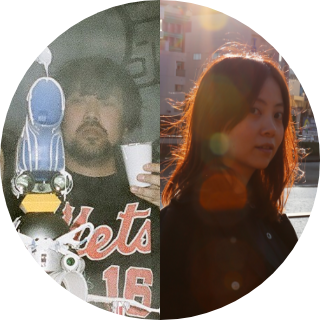 Chihiro Mori creates artwork from a unique perspective by incorporating fragments picked up observing cities.
Teppei Kinji creates artworks using a collage-like technique cutting out the existing context and replacing and connecting it with parts of things around us.
The two create an installation by a collaborative work freely combining media and images while going back and forth between distant spaces, time, and context.