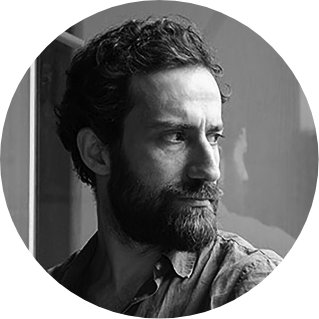 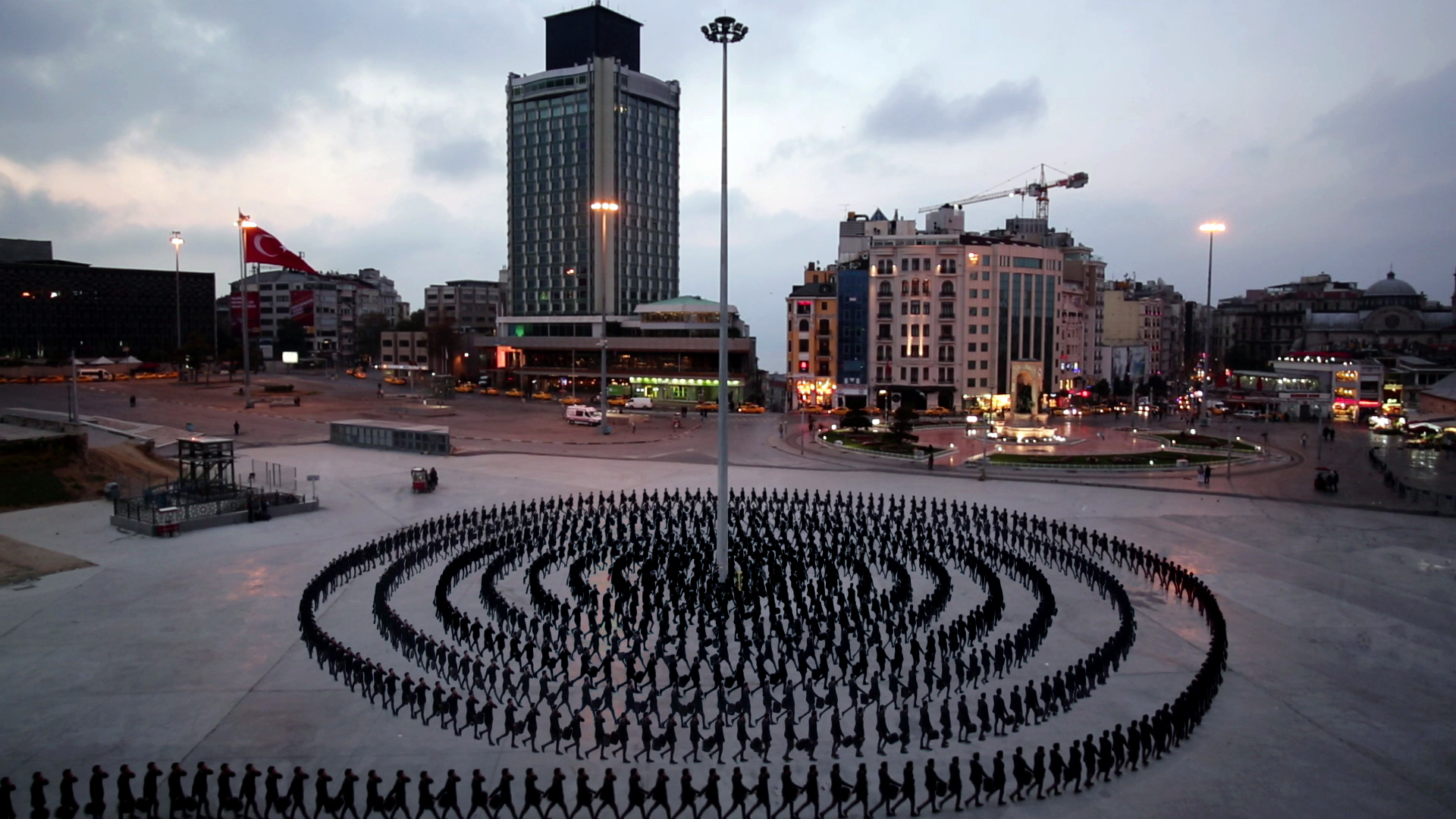 In his artistic activities, Erdal Inci, in general, considers public spaces and collective memory.
He shoots videos of himself performing in public and seeks new ways of choreography. His entire movement pattern becomes evident in his video by superimposing successive performance moments and playing with the timeline. For example, he takes pictures of himself walking and running to obtain rhythmic movements. Later, those single actions turn into movement patterns with the gestalt effect, and the whole design behaves like a living thing. Over time, he began to think about the environment in which he would perform. "Now I'm looking for large public spaces where I can choreograph large-scale solo performances without being limited by human resources or other production costs," he explains. In most of his works, the space itself determines the context. He generally uses cityscapes and public squares to frame the stage.
He says, "I prefer space to be a catalyst for me to imagine a particular choreography, and I also want to separate these places from the chaotic crowds we are accustomed to. So I add some interrupted time to the building visible in the frame and the time frame created by its history in our perception."