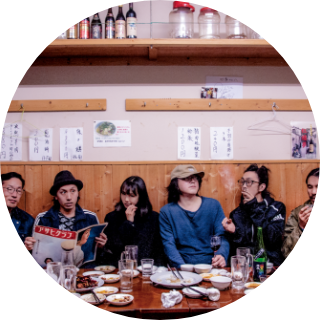 We use a cleaning robot moving around automatically on a huge painting. While cleaning endlessly the robot itself again dirties the floor with paint and endlessly repeats the cleaning.
While focusing on infinity, karma, and paradox, the work visualizes downtown graffiti and purification movements in the gallery.